Find the flag in this file.

Let’s see how our roll gets generated.
Main function:

In the first chunk of block code, we see the function prolog. The initial text is also being displayed on stdout. After that we see the time(NULL) is being used and the return is used in srand for the rand following time(NULL) again.

Well after all that we know rand is being called 5 times for each of our rolls. Following is the comparison of our roll with “3 1 3 3 7”

Pretty easy, if the compare fails it jump to 0x4010f3 which prints the fail message and exit. Well, let’s patch it. I used edb, all we have to do is find the cmp and patch the JNE instruction with NOPs after it, as shown on the screenshot. 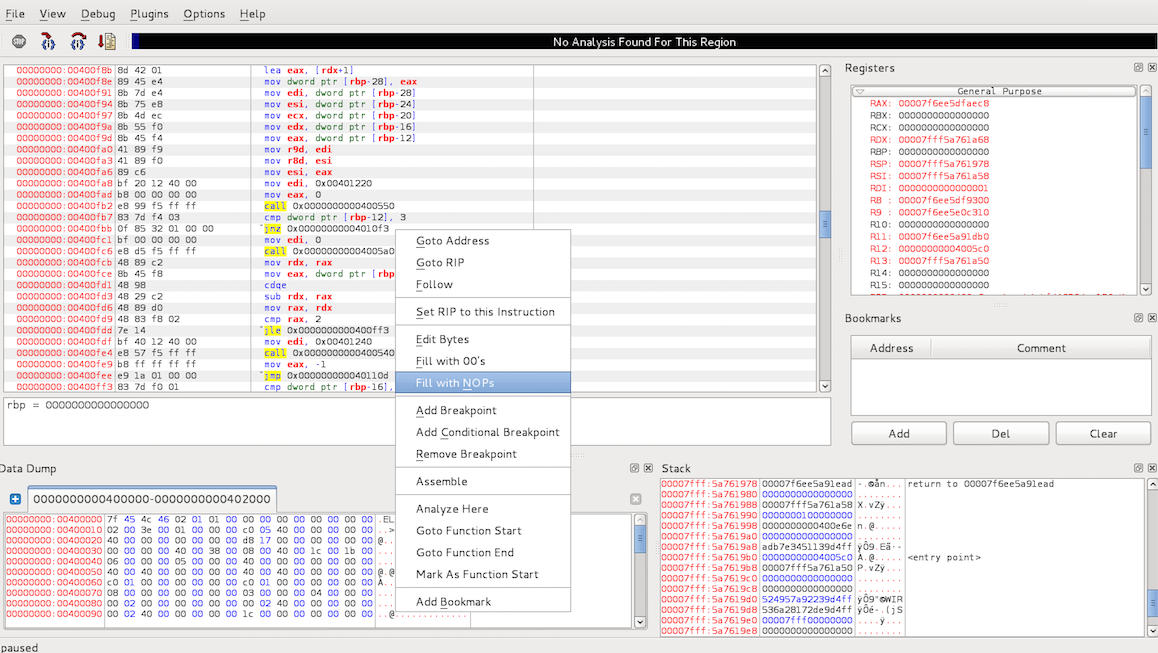 After we are done patching all 5 JNE with NOPs we can dump the modified binary as shown below. 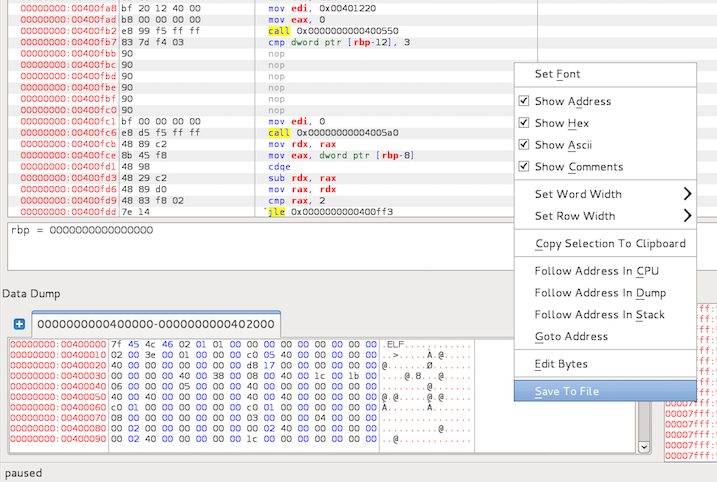 Let’s test it out…

Great it works ! However let’s take a look at another functionality, which might be the reason why this challenge is rated 150 for such an easy task… If we go back to the initial call to time at 0x400ebc, we see that the result is stored in rbp-0x8.

Now if we pay attention, after each dice compare, there is another call to time the result is subtracted from rbp-0x8 which is the result of the initial call to time and compared to 0x2.

Let’s see what the puts call is.

So, if (the time() - time()) > 2, print “No cheat!” and exit. Looks like this is a little bit of anti-debugging :). And this is implemented after each dice compare. Well, we don’t care about it since we patched it and executed the patched binary outside the debugger but I hope somebody learned something.